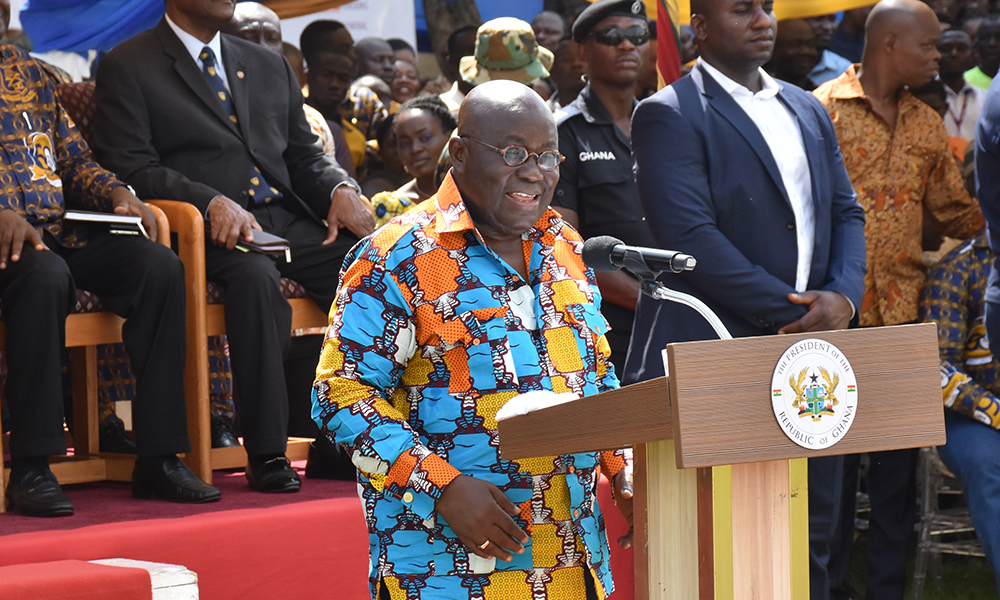 Kumasi Academy has climaxed it’s 60th anniversary celebrations with a colourful Ceremony today.
The 60th Anniversary of the Baptist institution was graced by his Excellency the President of the nation and the Minister of Education.
The celebration was under the theme ’60 years of holistic Baptist Education, it’s impact on human development’.
Various dignitaries graced the occasion including Nana Boakye Ansah-Debrah,Asokore Mamponghene, the Minister of Education, NPP stalwart Peter Mark Manu, Dan Kwaku Botwe, the Municipal director of education Regional minister, Mp for Asawase and the MCE of Asokore Mampong.

Speaking at the ceremony, the President pledged his commitment to the free SHS policy and responded to the critics of the policy that he is motivated by the Motto of Kumasi Academy which states that ‘where there is a will there is way’ to work hard to see the policy succeed.

The President pledged to construct a Vocational Block to the school following an appeal by the Headmaster of the school.

The Old Students of the school also pledged to construct a science laboratory for the school.

Kumasi Academy is a Baptist institution which has offered holistic training to many Ghanaians across the length and breadth of the country for the past 60 years.