Poe was later succeeded by Madam Nadine Lovan, another white missionary, as the head of the Sadler Baptist School.

The school has since become one of the most popular schools in Ghana because of the Baptist missionaries’ strict adherence to discipline.

Later, the then government wanted to have a say in the administration and running of the school. The Baptist Mission was not the type that would take kindly to that policy and was not prepared to acquiesce in this interference since it believed in the complete separation between religion and government. In circumstances, the Mission found it more expedient to leave the scene and handed over the school to the government on two conditions, viz, that the name “Sadler Baptist” be changed and that the teaching of religion in the school should be in the hands of the Baptist Mission. The government accepted this offer and “Sadler Baptist Secondary School” was eventually phased out. 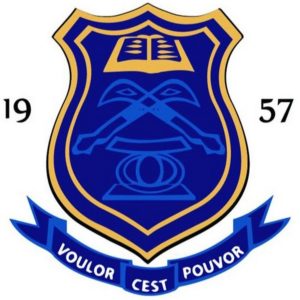 Providing an excellent academic, vocational and moral training to enable students utilize their god-given conscience, mind, heart, hand and talents for the world of work and to the service of mankind.

A wonderful serenity has taken possession of my entire soul, like these sweet mornings of spring which I enjoy with my whole heart. I am alone, and feel the charm of existence.

A wonderful serenity has taken possession of my entire soul, like these sweet mornings of spring which I enjoy with my whole heart. I am alone, and feel the charm of existence.

Campus on a tour designed for prospective graduate and professional students. You will see how our university like, facilities, studenst and life in this university. Meet our graduate admissions representative to learn more about our graduate programs and decide what it the best for you.