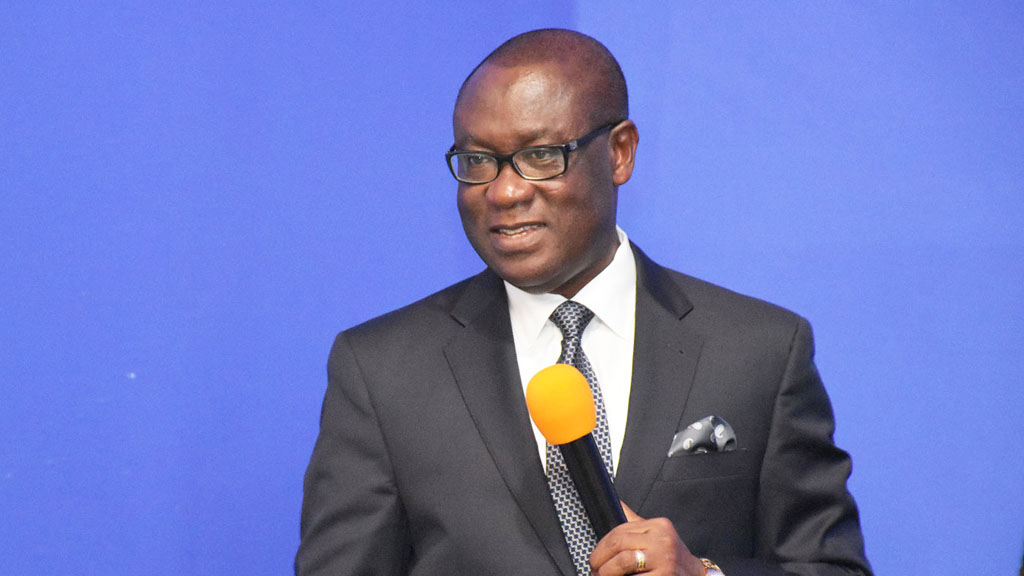 Speaking at a swearing-in ceremony held at the Jubilee House, President Akufo-Addo described as timely, the constitution of the new Governing Board with barely a month to go to the December 7 Presidential and Parliamentary elections.

He charged the Board to “facilitate and develop mechanisms for conflict prevention, management and resolution and to help build sustainable peace in the country.”

That, he said, was because “the National Peace Council has become a point of reference for addressing various conflict situations in Ghana and particularly elected-related conflicts.”

“So I charge you, members of the newly-constituted Board to continue the good work done by your predecessors and employ the most appropriate strategies that will contribute to the sustain the peace beyond the 2020 elections”, the President said, adding that “you are a distinguished and eminent group of Ghanaians whom the nation expects to be up to the task.”

The President assured the Board of a wholehearted effort being made by his government and himself to ensure the peace and stability of the nation as the Ghana enters the last four weeks of the electioneering campaign.

“Ghana has rightly earned a reputation as a pacesetter of democratic governance on the continent, a reputation I am determined to uphold and indeed enhance prior to, during and after the December 7 elections”, he noted, adding that “we have all to work together to create the environment that will allow the Ghanaian people to make a decision of 7th December in freedom, peace and security; it is their right.”

He could not but commend members of the immediate past Peace Council which was led by the Most Reverend Professor Emmanuel Asante whose tenure of office ended in July 2020, saying “everyone bears testimony to the extraordinary amount of work undertaken by the Asante-led Governing Board in deepening the credentials of our country as a haven of peace and security on the continent and in the world.”

“Indeed, one such is the role played by the Board during and in the aftermath of the passage of the Vigilantism and Related Offences Act of 2019 which I initiated; the Board provided a platform for dialogue towards the preparation and adoption of two important documents, that is the Roadmap and the Code and Conduct for eradicating vigilantism in Ghana, documents which have been endorsed by the major political parties in the country”.

The Council, he said, has also inaugurated a National Monitoring Committee to oversee the implementation of the Roadmap and the Code of Conduct in ensuring that all political parties and other relevant stakeholders achieve the set goals and objectives of these documents.

Apart from that, President Akufo-Addo noted that “the advocacy work undertaken by the Council with the support of government has helped to bring even more awareness on the menace of political vigilantism and the need to eradicate it.”

He therefore on behalf of the government and people of Ghana expressed profound appreciation to Reverend Emmanuel Asante and the outgoing 13-member Board and wished them Godspeed and the best of luck in their future endeavours.

Minister of State at the Ministry of Interior, Bryan Acheampong, who was present at the event indicated that the Ministry was establishing Regional Peace Councils in all six new regions created in 2018, saying “as at now the Council has started offices in the Savannah region, and we have also upgraded the district office of Goaso into a regional Peace Council office.”

The two regional Councils, he said, were awaiting inauguration by the Board and was thus hopeful that the remaining four regions will have their Peace Councils by the end of next year.

This, he said, will contribute to sustainable peace in the country.

Meanwhile government has increased the staff strength of the Council from 23 in 2016 when they took over 56 as part of its commitment to the sustenance of peace in the country.

Reverend Dr Ernest Adu-Gyamfi on his own and on behalf of members of the newly-constituted Peace Council thanked the government and people of Ghana for the confidence reposed in them.

“We are grateful to you for the opportunity given us and we pledge to do the best we can to maintain the peace of this country”, was how he put it.

He also thanked government for releasing all subventions due the Council.

That was however not without an appeal for more resources to be able to do more to serve the country.