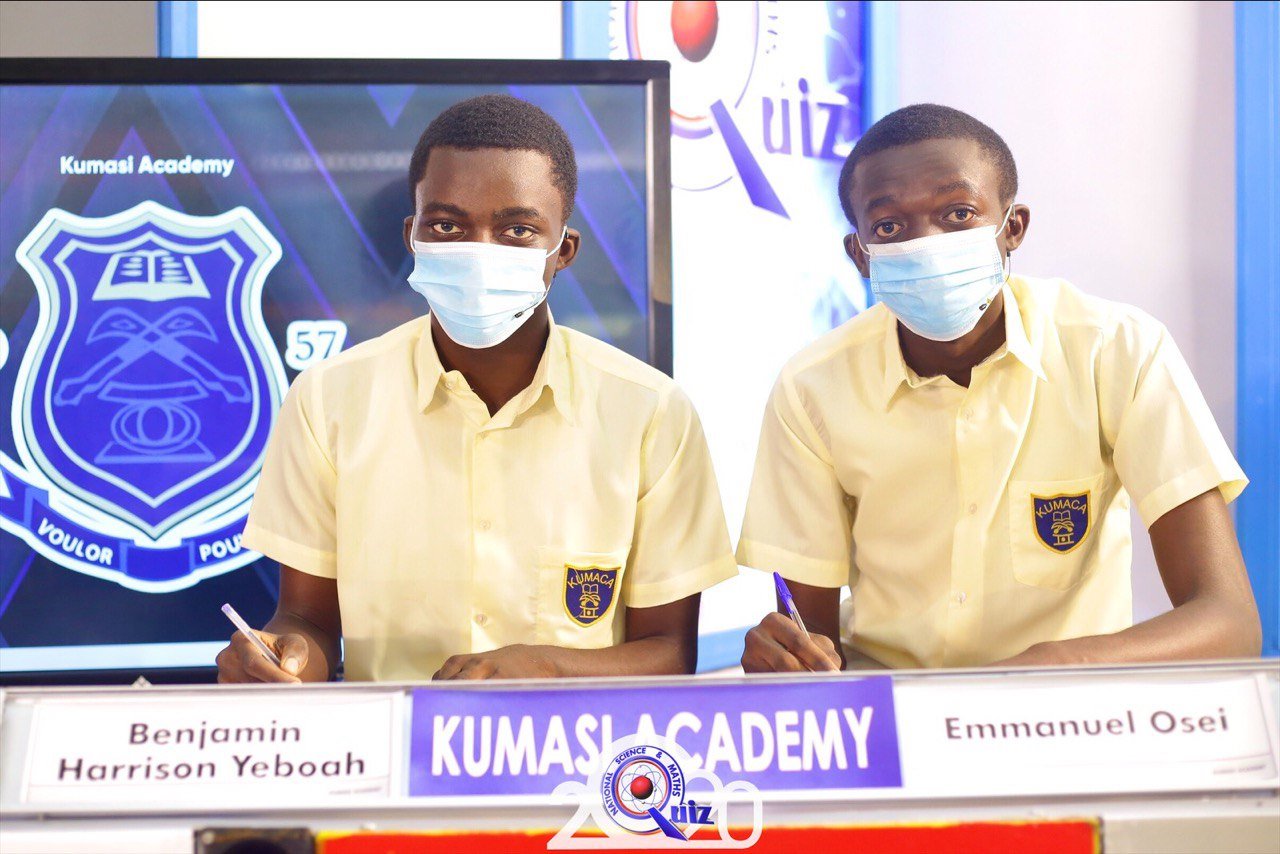 Presec, Legon is gunning for its sixth National Science and Maths Quiz trophy after leaving the semi-finals of the competition with a landslide victory.

The ‘Odadie’ boys have been waiting to make the sixth trophy a reality since 2009.

Their dream was short-lived in 2019 when St Augustines answered the tie breaker riddle in round five kicking them to second place.

So, in 2020, Presec – Legon had come with all their best ammunition including super-sub Isaac Kofi Gyamfi, Benjamin Quansah Nketsiah and Gakpetor Daniel Kekeli.

As one of the schools expected to make it to the finale of the NSMQ this year, the boys of Presec, Legon did not disappoint their supporters when they sailed easily to take the last spot left with 66 points.

They began their reign in Round One when they finished with 26 points while their competitors Aburi Presby SHTS and Kumasi Academy had 8 and 11 points respectively.

By Round Two it was seemingly obvious their competitors may not catch up to them after finishing with 40 points.

Presec, Legon placed a 29 and 32 point gap between themselves and KUMACA who had 11 points and Aburi Presby who finished the round with 8 points, respectively.

The gap continued to widen when Presec had 10 points in Round Three’s where they were to solve the ‘Problem of the Day.

The Presecans for getting the perfect score won the Prudential Life award taking home ¢3400.

Kumasi Academy completed the round with 19 points after they snagged 7 out of 10 points after solving the Problem of the Day.

Aburi Presby SHTS, however, had zero.

Kumasi Academy re-entered the competition with full force completing Round Four with 35 points.

But, they could not catch up to Presec who was leading with 60 points. Aburi Presby maintained their 18 points.

After answering two riddles correctly in the fifth and final round Presec’s scores came up to 66 points securing them a place in the finals.

The Presec boys also took home the Airtel-Tigo highest scorer of the day award, worth ¢5000. They also won ¢3000 from Absa Bank.

Presec will be meeting Adisadel College and Opoku Ware School in the finals.

The three teams had first met in 2019 at the semi-finals.