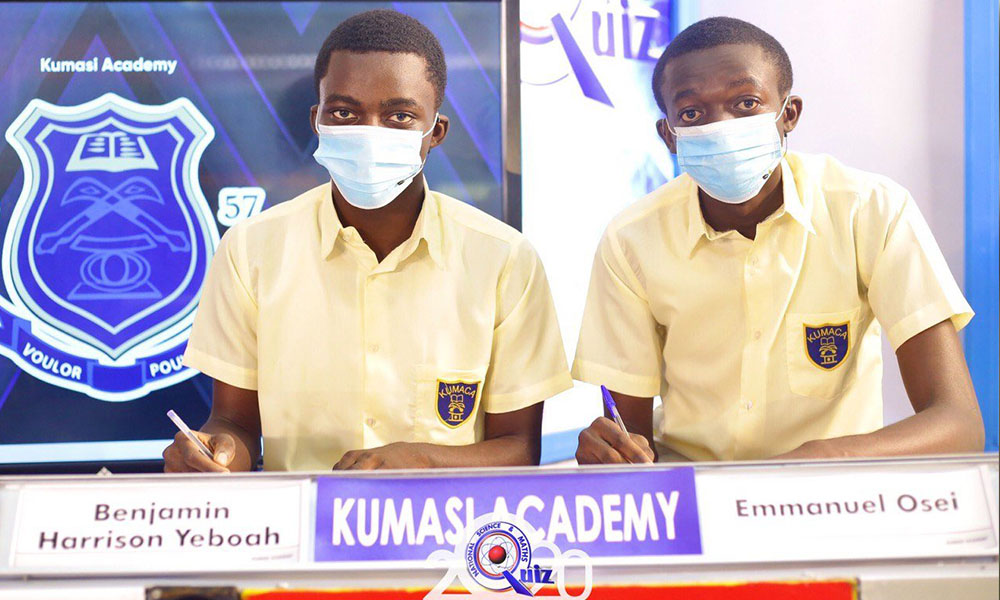 Two-time winners of the National Science and Maths Quiz, Mfantsipim School were dadzzled by Kumasi Academy in the 2020 edition of the contest.

The School which prides itself with thinking ahead obviously did not see the ‘Kumerica’ boys coming as they ended the contest 18 points behind the winners.

Kumasi Academy finished as shark slayers with 53 points while St. Mary’s ended the contest with 30 points.
This means the Cape Coast-based Mfantsipim School will start their 2021 journey from the regional qualifiers again.

The 1/8th stage of the contest appears to be the nemesis of the Kwabotwe boys as they have been kicked out two years in a row at that stage of the competition.

Last year, they were dealt a hefty blow by arch city rivals St. Augustine’s College who eventually won the competition in style. 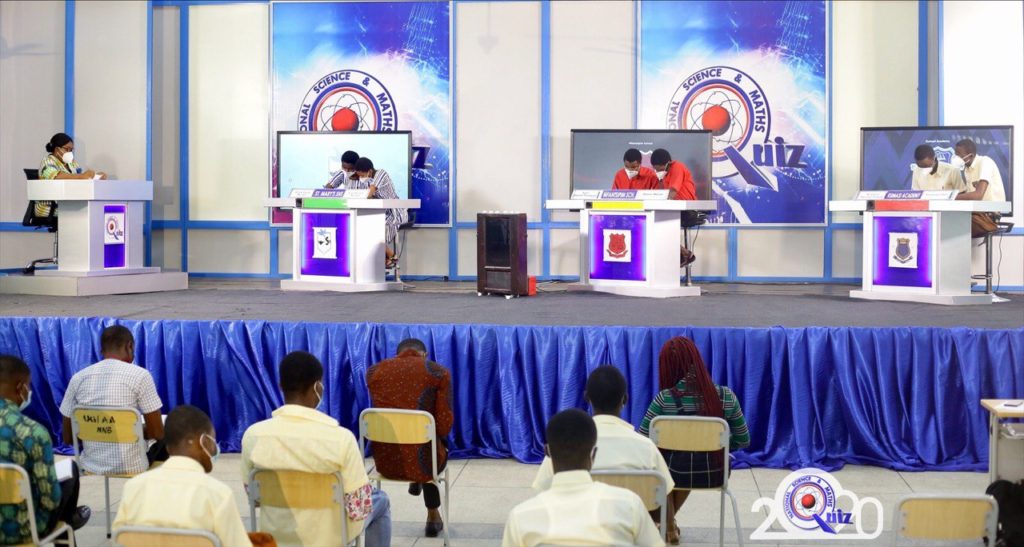 The boys from the Garden City made their intentions clear right from the onset as they set themselves apart from the pack scoring 20 points against Mfantsipim School’s 11 points and St. Mary’s SHS 9 points.
Much did not change as the Round Two was a reflection of the previous round with Kumasi Academy leading with 25 points with Mfantsipim School trailing with 19 points and St. Mary’s SHS at the bottom with 11 points.
In the ‘Problem of the Day’ round, Kumasi Academy steamrolled Mfantsipim School to score 6 points out of 10 points.

Accra-based St. Mary’s upped their game to also score 6 points leaving Mfantsipim School wit 2 points.
This ended the Round with the Kumaca men scoring 44 points to separate themselves from the Kwabotwe boys who scored 35 points and the girls from St. Mary’s scoring 30 points.
There was no significant change to the tempo of the contest as Kumaca continued to dazzle while the Mfanstipim boys did all they could to redeem their image during the Riddles as well as the True and False stages.

With the win, it means Kumasi Academy comes into the competition as a seeded school.