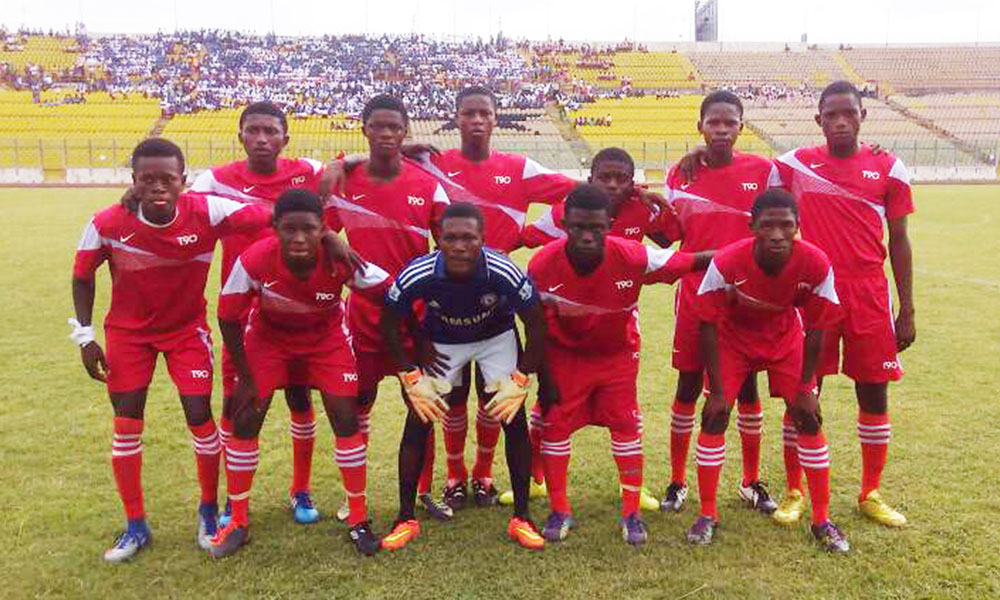 The second day of the ongoing Ashanti Regional inter school and colleges soccer competition got off to an exciting start with two play off matches.
Armed Forces SHTS managed go settle the controversy with Mpasatia SHS by winning 1:0 in regulation time.
The second play off game also saw Aduman SHS beating Tweneboa Kodua SHS by 1:0 in a very thrilling encounter. The two sides were a delight to watch as they matched themselves boot for boot in every department of the game.
Armed Forces and Aduman will now play in the round of 32 after winning their respective play off games.
The first round of 32 games saw Beposo SHS give defending Champions T. I. Amass Kumasi a good run for their money. The Beposo lads who eliminated Opoku Ware School in the qualifiers proved too strong for Amass as the travelled to penalties.
T. I. Amass survived another scare in the shootouts to win it 4:3 on penalties.
T. I. Amass have therefore secured qualification to the round of 16.
Prempeh College has been booted out of the competition on penalty shootouts by Juaben SHS.
The former Champions were given a good ride by Juaben SHS who matched them squarely in every department of the game. The match was played at a high tempo level with both teams dominating play at various moments of the game. The two teams wasted the numerous chances their created and the match had to be settled on penalties. With eight kicks of penalties Juaben SHS eventaily won it by 6:5 to book a ticket to the next round.