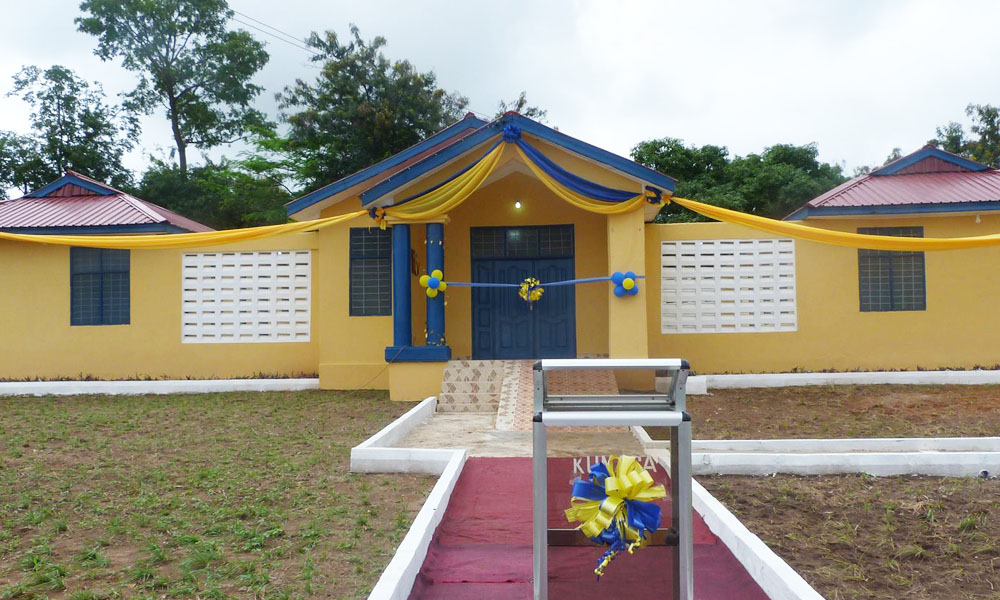 The Member of Parliament for Asawasi, Alhaji Mohammed Muntaka Mubarak, has inaugurated a sick bay and a nurses’ quarters for the Kumasi Academy (KUMACA) Senior High School.

The project, undertaken over a three- year period with support from the MP’s share of the District Assemblies Common Fund and the school’s old students association, will benefit the students and both teaching and non-teaching staffs of the school.

Speaking at the inauguration ceremony at Asokore Mampong in the Asokore Mampong Municipality, the MP spoke about the importance of the project and said the relevance of access to healthcare to quality education could not be underestimated.

He commended the assembly and the KUMACA Old Students Association for supporting the projects and gave assurance that more CHPS compounds would be built in the area to improve upon the health conditions of the people.

The Municipal Chief Executive, Alhaji Nurudeen Hamidan, said KUMACA was currently the only government senior high school in the municipality and announced that the assembly would be a beneficiary of the government’s community SHSs programme.

He gave an assurance that the assembly would provide the school and the yet-to-be built community SHS with the needed assistance to make educational institutions in the area centres of excellence.

He commended the head of the school, Mrs Eunice Appiah, the MP, the old students association and the representative of the Asokore Mamponghene, Nana Ampofo Kyei Baffour II, for their support.

The Chairperson of the board of directors of the school, Mrs Beatrice Emilson, and President of the KUMACA Old Students Association, Mr Dapaah Siakwan, in separate remarks, commended all those who helped to make the project a success.